Think of carbon emissions and the image that comes to mind is often of industrial sites or power generation – not of what we eat and what we throw away. But food waste is a major contributor of greenhouse gas emissions.

Globally, food loss and waste from across the food chain generates the equivalent of 4.4 gigatonnes of carbon dioxide (CO2) a year, or about 8% of total greenhouse gas emissions.

But what if there was a way to reduce those emissions and generate power by using discarded food and other organic waste like grass cuttings or nut shells? A technology known as anaerobic digestion is increasingly making this idea a reality.

All organic waste products have energy in them, but it’s tied up in the form of calories. When food and vegetation rots, microorganisms break down those calories into gases and other products. Exactly what these ‘other products’ are depends on whether there is any oxygen present. With oxygen, the products are water, CO2 and ammonia, but remove oxygen from the equation and a very valuable gas is produced: methane (CH4). The lack of oxygen is also what gives anaerobic digestion its name – when oxygen is present it becomes aerobic digestion.

During the anaerobic digestion process, bacteria and other microorganisms break down organic matter, gradually deteriorating complex polymers like glucose or starch into progressively simpler elements, such as alcohol, ammonia, CO2 and, ultimately, CH4, a biogas with huge potential as a fuel for other processes.

The CH4 produced in anaerobic digestion is incredibly useful as a fuel – turn on a gas hob or stovetop and it’s predominantly methane that provides the fuel for the flame. The chemical compound is also the main component in the natural gas that makes up much of Great Britain’s electricity supply.

This means using anaerobic digestion to create CH4 out of waste products turns that waste into a valuable power source. But it’s not as simple as putting a bag over a rubbish tip and hoping for the best.

Instead, anaerobic digestion is carried out in large tanks called digesters. These are filled with feedstocks from biological substances that can include anything from food scraps, to alcohol and distillery waste, to manure. Under the right conditions microorganisms and bacteria begin to digest and breakdown these substances into their basic elements.

The air quantity and temperature of the digesters is carefully regulated to ensure the microorganisms have the best possible environment to carry out the digestion of the feedstock, with different types of feedstock and microorganisms operating best in different conditions.

The biogas created as a result of this digestion is then captured, ready to be turned into something useful. Making use of biogas

Three different things can happen to the biogas produced during the course of the digestion. Locally, it can be combusted on-site to provide further heat to regulate the temperature of the anaerobic digestion units.

Or, it can be combusted in a combined heat and power (CHP) generator, where it can generate electricity to be used on site — for example to power a farm — or sold through energy suppliers such as Opus Energy onto wider regional or national electricity networks. This biogas electricity is an important element of Great Britain’s energy supply, accounting for 6,600 GWh or 7.3% of all power generated by solid and gaseous fuels in 2017.

Some of the biogas can even be cleaned to remove CO2, leaving behind pure methane that can be pumped onto natural gas grids and used to provide heat and power to households. Government research estimates a fully utilised biogas sector could provide up to 30% of the UK’s household gas demands.

After the digestion process has been completed and the biogas has been removed, what is left behind in the digester is a mass of solid matter called digestate. This is extremely rich in nutrients and mineral, such as potassium and nitrogen, making it an excellent soil enhancer.

Where anaerobic digestion is being used today

Today, much of anaerobic digestion power is generated on farms – unsurprisingly, given the ready access to biological waste material to use as feedstock. As well as a potential source of electricity and heat, it also gives farmers access to a new revenue stream, by selling electricity or biogas, as well as reducing utility and fertiliser costs.

While many of these installations are smaller scale, some can get quite big. Linstock Castle Farm in North Cumbria, for example, has a biogas facility with a 1.1 megawatt(MW) operating capacity, enough to power as many as 2,000 homes at a time. It was originally installed by the farmers as a more cost-effective way of growing their business than buying more dairy cows. There is, however, potential for anaerobic digestion to operate on an even larger scale. In the US, the city of Philadelphia is developing a system that will link all newly built households together into a network where food waste is automatically collected and transported to a biogas generating facility.

Closer to home, Northumbrian Water uses 100% of its sludge, the waste produced from purifying water, to produce renewable power via anaerobic digestion. It’s estimated to have reduced the carbon footprint of the facility’s operations by around 20%, and saved millions of pounds in savings on operating costs.

There have also been experiments with using biogas to power vehicles. The ‘Bio-Bus’ was the first bus in the UK to be powered by biomethane made from food, sewage and commercial liquid waste, and ran between Bath and Bristol Airport.

But anaerobic digestion power is not a magic bullet. It will be right in certain situations, but not all. If utilised effectively, anaerobic digestion and biogas could fill a vital role in national electricity and gas networks, while at the same time helping dispose of waste products in an environmentally-friendly and cost-effective way. 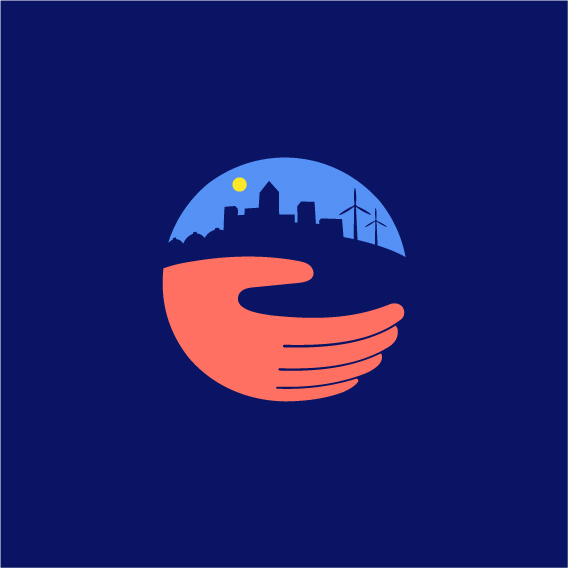