Cruachan is an underground pumped hydro storage power station built inside a hollowed-out cavern 1km inside Ben Cruachan – Argyll’s highest mountain. Despite construction starting in 1959, its reversible turbines are still at the cutting edge of energy storage technology, enabling the plant to act like a giant water battery. Its turbines pump water from Loch Awe to an upper reservoir on the mountainside to store excess power from the grid. The stored water is then released back through the turbines to generate power quickly and reliably when demand increases. This process helps stop wind farms being paid to turn off when they are generating excess power, helping Scotland to be greener whilst cutting household energy bills.

“The UK has led the world in the transition from fossil fuels to renewable power, and Scotland has been at the forefront of this renewables revolution.

“Drax wants to go even further and unlock Scotland’s full renewable potential by expanding the iconic Cruachan pumped hydro storage plant in Argyll. These innovative plants act like giant water batteries soaking up excess wind and solar power so our homes and businesses can use more green energy when we need it most.” 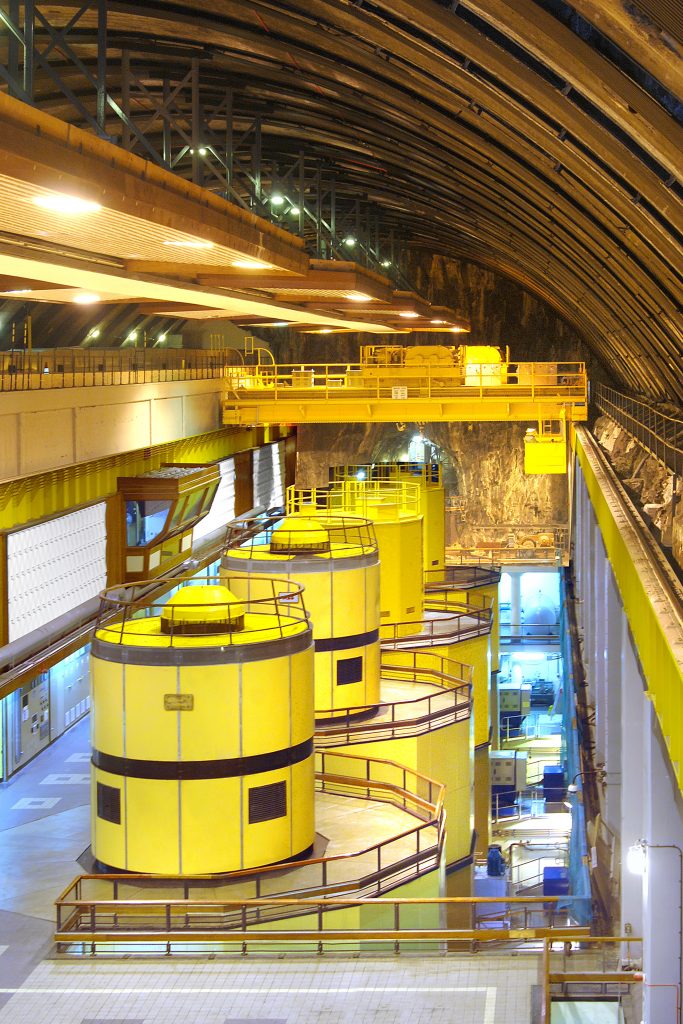 The construction of a second underground power station at Cruachan would be one of the largest infrastructure projects in Scotland in recent decades, creating jobs and bringing much needed investment to Argyll. As Glasgow prepares to host COP26 in November, Cruachan shows how countries around the world can harness their full renewable potential, create jobs and cut energy bills for consumers.

When all four of its generating units are operating at maximum capacity, the plant can supply enough flexible power for around 800,000 homes.

“It was fascinating to tour the underground facility and see first-hand how it produces high volumes of power in such an environmentally-friendly way.

“We need to embrace the kind of technology employed at Drax and the next Smart Systems and Flexibility Plan, due for publication shortly, will outline steps to remove barriers to smart technologies. It’s all in line with the UK Government’s ambitious climate and decarbonisation commitments as we strive to cut our emissions by nearly 80 per cent by 2035.” Drax acquired Cruachan alongside the Galloway and Lanark hydro schemes in 2019, helping to make the company a leading provider of flexible, renewable power generation.