Drax has switched on its fourth biomass generating unit – taking the power station in North Yorkshire a step closer to achieving its coal-free ambitions.

Work got under way on the conversion as part of a planned maintenance programme in June, with Drax’s team of engineers completing the work required, on schedule, in just over two months.

Having upgraded three of its coal units to use biomass, Drax is already the biggest decarbonisation project in Europe. The conversion of a fourth unit means it is on course to be off coal before the government’s 2025 deadline.

To convert the unit the project team has re-used some redundant infrastructure left from when the company was first co-firing biomass with coal on a large scale, around eight years ago. 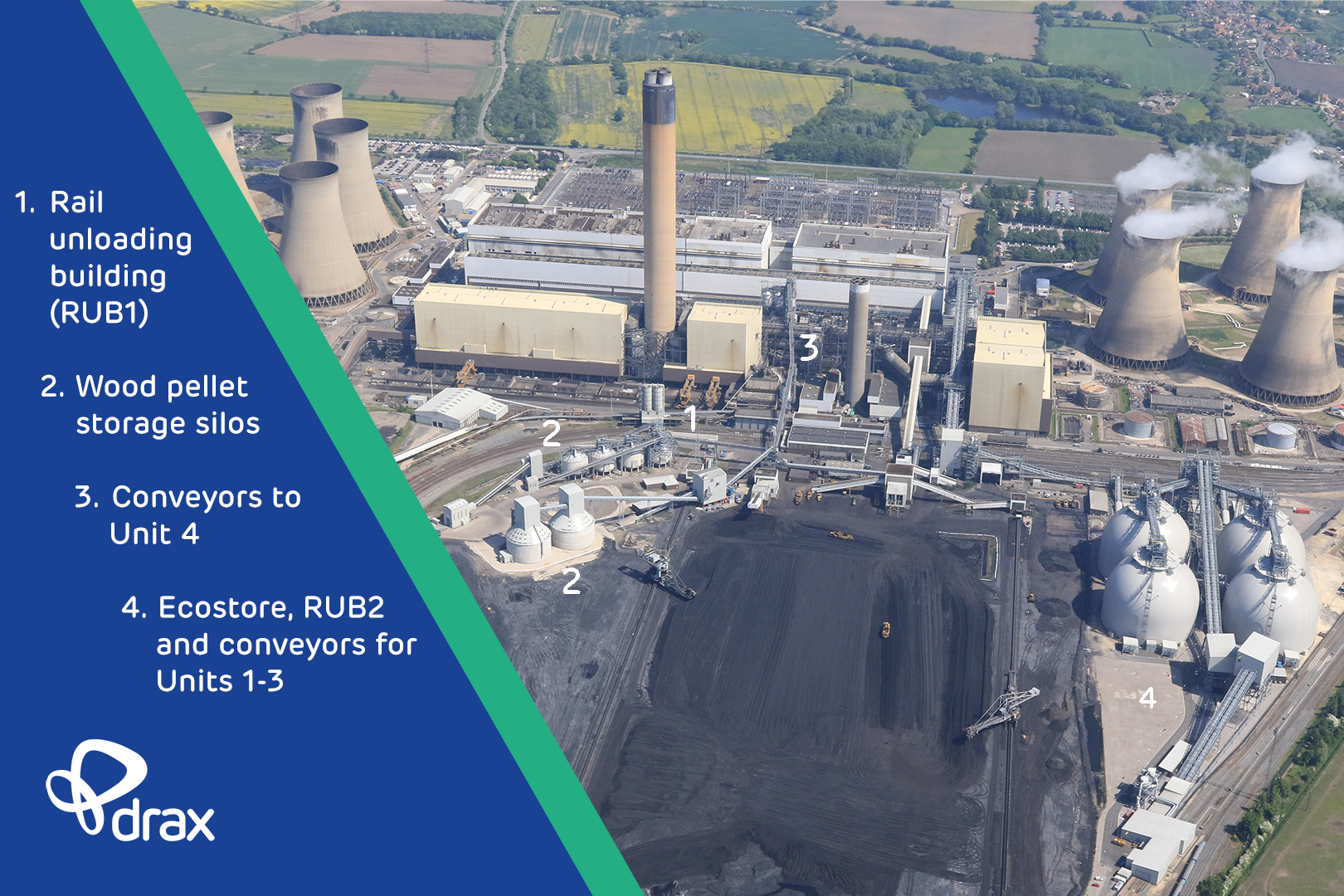 A trial last year confirmed that by modifying the old co-firing fuel transportation system, compressed wood pellets can be delivered in the quantities required to fully convert the fourth generating unit.

“This is another major milestone in the transformation of the power station. It will extend the life of the plant, protecting jobs, whilst delivering cleaner, reliable power for millions of homes and businesses.

“It is testament to the engineering expertise, skill and ingenuity we have at Drax. The team has developed some very innovative solutions for this upgrade, using all the knowledge we’ve gained throughout the work we have done so far to transform the business using sustainable biomass.”

The cost of conversion of the fourth generating unit is significantly below the level of previous conversions, at around £30 million.

Drax has already invested around £700 million in upgrading the first three units and associated supply chain infrastructure to use sustainable biomass instead of coal.

“I’m delighted to see Unit 4 in operation as a biomass unit, continuing the good work Drax is doing with its Beyond Coal strategy, protecting jobs and ensuring it continues to play a vital role in the Northern Powerhouse economy.”

The fourth unit will help the power station, at Selby in North Yorkshire, to deliver vital reliable and flexible power needed by the grid to maintain secure supplies as more renewables come online and the sector continues to decarbonise.

Drax will now continue its work to replace its remaining two coal units, with gas-fired power generating units. The Combined Cycle Gas Turbines it is looking to develop could deliver up to 3.6GW of capacity, as well as up to 200MW of battery storage. Download with a transparent background or a white background