Drax is at the forefront of tackling climate change and has already transformed the UK’s biggest power station to become Europe’s largest decarbonisation project.

In 2019, Drax became the first power generator in the world to capture carbon dioxide (CO2) from a 100% biomass feedstock using bioenergy with carbon capture, use and storage (BECCS). We want to take this further by becoming carbon negative by 2030 and can support the UK in reaching net zero.

The UK continues to be an example to the world on climate action. The Government has shown global leadership ahead of COP26 in Glasgow through its Ten Point Plan for a Green Industrial Revolution and the UK’s pledge to reduce greenhouse gas emissions by at least 68% on 1990 levels by the end of this decade.

We are now ready to use our negative emissions technology so that the UK can reach its climate targets on time.

"We stand ready to invest. Getting a robust policy framework is critical if we are to capitalise on these cutting-edge green technologies and turn a vision into a reality. The positive impacts of these will not be limited to the Humber or the north. It could kickstart a whole new industry for the UK and abroad, enabling us to show the world what can be achieved for communities, the environment, and the economy when governments, businesses and society work together. If we are to reach the targets set in Paris, then the UK must continue to show global leadership at COP26 in Glasgow and make this the decade of delivery."

The UK is leading a green revolution to fight climate change.

The UK can lead the world, being first to deploy negative emissions technologies at scale, making a significant contribution to global efforts to limit climate change.

BECCS innovation and expertise can be exported, gathering international investment and creating opportunities for a global Britain to support decarbonisation in industrialised and emerging markets.

Or, the UK risks being left behind as the EU, Norway, Canada, Australia, Japan, China and the US pursue carbon capture technologies and attract global investment in the industries of the future.

Our conversion from coal to biomass was a world first which created a robust and resilient global supply chain for sustainable biomass.

We can now go further in our decarbonisation and become carbon negative – removing more CO2 from the atmosphere than is emitted across our operations. 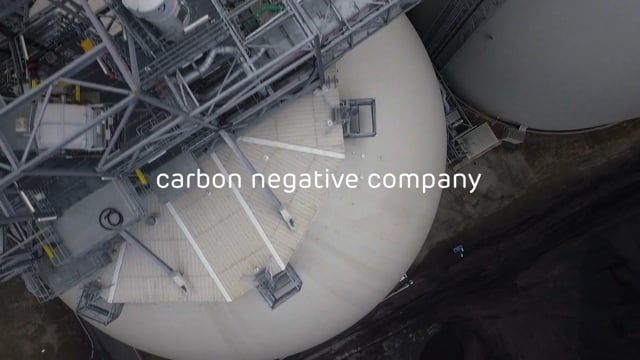 Now is the time for delivery. Starting right here in Yorkshire.

The experts agree. To tackle climate change and reach net zero, the world needs to remove carbon dioxide that’s already in the atmosphere – not just reduce our CO2 emissions today.

The Intergovernmental Panel on Climate Change (IPCC), in its Fifth Assessment Report into mitigating climate change, places a reliance on BECCS to help deliver emissions levels required to limit warming to 2 degrees in 101 of 166 scenarios which can deliver this target. Climate models which had limited or no deployment of BECCS in many cases were unable to meet the CO2 concentrations required to limit warming to 2 degrees.

We can’t waste time – now is the moment to act if we want to capture the opportunity: lock away carbon emissions forever, lead the global fight against climate change, and accelerate clean growth and jobs in Yorkshire, the Humber and UK.

“We want to make the UK a global leader in greenhouse gas removal technologies.”

Our cutting-edge carbon removal technologies will help the UK, and the world, hit net zero.

Since the UK has ample storage space for significant levels of CO2 beneath its territorial waters, there is also a significant opportunity for the UK to store CO2 for other countries as part of a larger carbon capture, use and storage (CCUS) export of technology and expertise. The early development of a CCUS industry in the UK will allow us to seize this export and storage opportunity early, otherwise other countries will take our place.

The UK has developed a substantial biomass import logistics network and supply chains that can continue to be utilised in the long term. Deployment of BECCS at plants such as Drax means that these existing supply chains — where significant investment has already been made — would lower the overall capital costs of developing new infrastructure. The economies of scale that large power plants like Drax provide mean that this CO2 can be captured more cost effectively than in smaller plants. At Drax, we're investing in our global future.

Carbon removal technologies are a vital part of a solution that also includes decarbonising all sectors of the economy, deploying more renewables, hydrogen and electric vehicles as well as improving energy efficiency and changing the way we live.

All are needed to achieve net zero in the UK by 2050 and to help combat the global climate crisis.

Bioenergy with carbon capture and storage (BECCS) is the most scalable technology available today to remove carbon dioxide (CO2) from the atmosphere through what’s known as negative emissions.

We are pioneering BECCS at Drax Power Station in North Yorkshire. Find out more.

Subscribe to receive our email newsletter with a regular roundup of Drax news, features and insights, including more on Carbon Capture by Drax