“We’ve been to meet the team at Rye House Power Station and have been impressed with the skill and expertise there.

The combination of hydro plants in Scotland with Drax’s biomass units in Yorkshire reinforce the company’s position as Great Britain’s biggest generator of flexible and renewable energy. Andy Koss; Martin Rees-Pedlar, Rye House Engineering Manager; and Will Gardiner, outside Rye House Power Station and next to the National Grid. 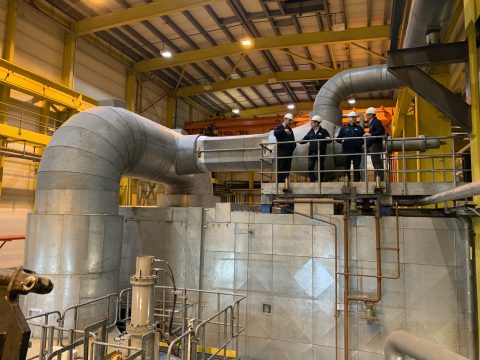