In energy storage timing is everything - Drax

Electricity is unlike any other resource. The amount being generated must exactly match demand for it, around the clock.

Managing this delicate balancing act is the job of the National Grid Electricity System Operator (ESO), which works constantly to ensure supply meets demand and the grid remains balanced. One of the ways it does this is by storing energy when there is too much and deploying it when there is too little.

Although there are many different ways of storing energy at a small scale, at grid level it becomes more difficult. One of the few ways it is currently possible is through pumped hydro storage. Cruachan Power Station in the Highlands of Scotland is one of four pumped storage facilities in Great Britain. It uses electrically-driven turbines to pump water up a mountain into a reservoir when there is excess electricity on the grid, and then releases the water stored in the reservoir back down, to spin the same turbines to generate power when it’s needed quickly. 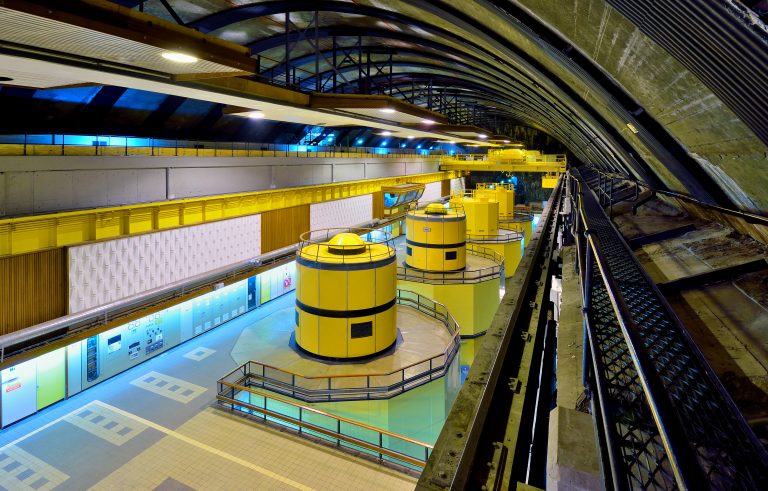 The dual capabilities of these turbines are unique to pumped hydro storage and contribute to the overall grid’s stability. However, what dictates when Cruachan’s turbines switch from pump to generate and vice versa is all a matter of what the grid needs – and when.

The switch from pump to generate

While the machine hall of Cruachan Power Station is an awe-inspiring place for its size and location 396 metres beneath Ben Cruachan, it generates electricity much like any other hydropower station: harnessing the flow of water to rotate any number of its four 100+ megawatt (MW) turbines.

This mode – simply called ‘generate mode’ – is usually employed during periods of peak power demand such as mornings and evenings, during a major national televised event, or when wind and solar energy output drops below forecast. As a result, starting up and generating millions of watts of electricity has to be fast. 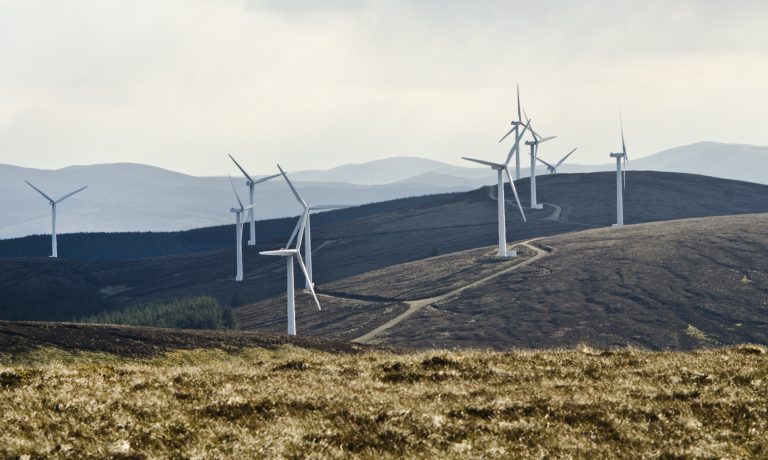 “It takes just two minutes for a turbine to run up from rest to generate mode,” says Martin McGhie, Operations and Maintenance Manager at the power station. “It takes slightly longer for the turbines to run down from generate to rest, but whatever function the turbines are performing, they can reach it within a matter of minutes.”

The reverse of generate mode is pump mode, which changes the direction of travel for the water, this time using electricity from the grid to pump water from the vast Loch Awe at the foot of Ben Cruachan to the upper reservoir, where it waits ready to be released. In contrast to generate mode, pump mode typically comes into play at times when demand is low and there is too much power on the system, such as during nights or at weekends, when there is excessive wind generation. However, the grid has evolved since Cruachan first began generating in 1965 and this has changed when it and how it operates.

“In the early days, Cruachan was used in a rather predictable way: pumping overnight to absorb excess generation from coal and nuclear plants and generating during daytime peak periods,” says Martin. “The move to more renewable energy sources, like wind, mean overall power generation is more unpredictable.”

He continues: “There has also been a move from Cruachan being primarily an energy storage plant to one which can also offer a range of ancillary services to the grid system operator.”

The benefits of Spin mode

In between pumping water and generating power, Cruachan’s turbines can also spin in air while connected to the grid, neither pumping not generating. This is essentially a ‘standby mode’ where the turbines are ready to either quickly switch into generation or pumping at a moment’s notice (they spin one way for ‘spin pump’; the other for ‘spin generate’). These spin modes are requested by the ESO to ensure reserve energy is available to respond rapidly to changes on the grid system.

In spin generate mode, the generator is connected up to the grid but the water is ejected from the space around the turbine by injecting compressed air. The turbine does not generate power but is kept spinning, allowing it to quickly start up again. As soon as the grid has an urgent need for power, the air is released and the water from the upper reservoir flows into the turbine to begin generation in under 30 seconds.

Spin pump works on the same basis as spin generate, but with the turbine rotating in the opposite direction, ready to pump at short notice. This allows Cruachan to absorb excess generation and balance the system as soon as the ESO needs it.

“The use of spin mode by the ESO is highly variable and dependant on a number of factors e.g. weather conditions or the state of the grid system at the time” says Martin. This unpredictability of the increasingly intermittent electricity system makes the flexibility of Cruachan’s multiple turbines all the more important.

Ready for the future grid

It’s not only the types of electricity generation around the system that are changing how Cruachan operates. Martin suggests that the way energy traders and the ESO use Cruachan will continue to evolve as the market requirements and opportunities change. Technology is also changing the market and Martin predicts this could affect what Cruachan does. “In the future we will face competition from alternative storage technologies, such as batteries, electric vehicles, as well as competition for the other ancillary services we offer.”

However, Cruachan’s flexibility to generate, absorb or spin in readiness means it is prepared to adjust to any future changes.

“Cruachan is always ready to modify or upgrade to meet requirements, as we have done in the past,” says Martin. “The priority is always to be able to deliver the services required by the grid system operator – in characteristic quick time.”

Read our series on the lesser-known electricity markets within the areas of balancing services, system support services and ancillary services. Read more about black start, system inertia, frequency response, reactive power and reserve power. View a summary at The great balancing act: what it takes to keep the power grid stable and find out what lies ahead by reading Balancing for the renewable future.

“Kickstarting the DCO process this March is a landmark moment in deploying BECCS at Drax and delivering against our ambition to be a carbon negative company by 2030," says Drax CEO Will Gardiner
Pumping power: pumped storage stations around the world

From humble to humongous, the hydro stations balancing grids and stabilising our energy supply
Will Gardiner responds to the Scottish Government's Climate Plan

The UK’s electricity grid has decarbonised at a faster rate than other countries in the last decade - with emissions falling twice as quickly as in any other major economy, a new report has found.